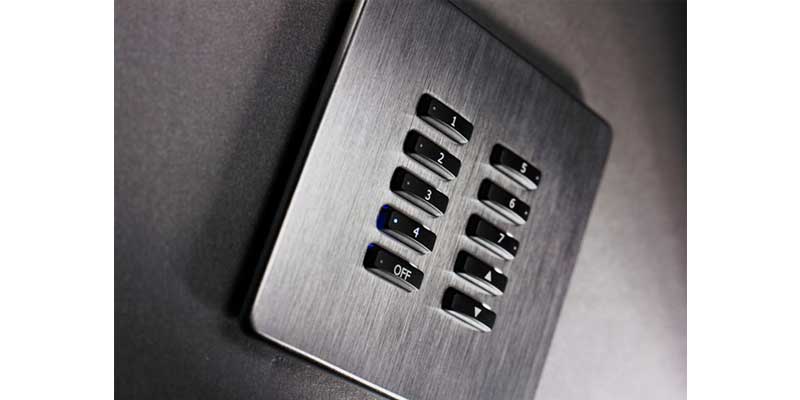 Movie Server Streams 5 Shows at Once

Having recently extended its range by launching a wired system, Rako now enables the installation of wired, wireless or combined lighting control systems. Users can choose between added functionality of wired, with more scenes and LED tellback panels, the convenience of wireless,or a combination of both to form a seamless hybrid system.

The new range of CAT5 wired keypads are LED backlit and both the wired keypads and the new modular wireless keypads have hard buttons with the option to laser engrave individual buttons.

Rako is keen to maintain its reputation for ease of installation established with the Classic Wireless system, the new modular wired and wireless keypads are designed to fit a standard 50x50mm clip-in grid module and a selection of screwless and screw-fixing faceplates are available, as well as a white Euro plate.

Rako’s original iPhone™ App, allowing users to operate lighting and blind systems from an iPhone™ or iPod touch™, has been upgraded and nowincludes iPad™ support and optimisation.

The App for both the iPhone™ and iPad™ now includes database caching (when used
with Rako RA or WR bridges) for quicker operation and has channel sliders for
more visual control of individual circuits. Programming and storing of scenes is also now possible.

The new App also allows users to log on to specific Rako bridges in addition to searching for local units. This allows users to access systems remotely via the internet, giving truly global control.

To learn more, read reviews, and download ‘Rako’ by Rako Controls Limited on
the iTunes™App Store

LED light fittings are becoming increasingly popular but with little industry standardisation the methods for control become quite confusing. Rako has controllers for either third party LED drivers or direct control and dimming of LED fittings. To explain the options Rako has now released an application sheet detailing the types of LEDs and drivers available and the compatible products.

You can now use Rako keypads to control your Sonos multi room system. By plugging in the ACM, Audio Control Module, to either the RA or WR-Bridge’s you can now control the following functions from your Rako keypads. Play, Pause, Toggle Mute, Vol +, Vol -, Track Fwd, Track Back. This applies to both the Wireless & Wired keypads.